The Founder of Merlin Works, Shana Merlin is one of the most experienced and effective improv teachers in Central Texas. The former Dean of The Heroes School of Improvisational Theatre, Shana has been an internationally touring performer and award-winning teacher since 1995. Shana has trained with some of the top teachers in the field of improvisation including Keith Johnstone, and members of Second City, The Annoyance, IO, The Groundlings and more. Kevin Miller has performed, coached, and taught improv in Austin, Texas for over 16 years. He is the dean of the Merlin Works Institute of Improvisation at the ZACH Theatre in downtown Austin. He has teaching experience around the US, and as far abroad as Finland and South Africa. Kevin owns one dog, two cats, and 11 chickens. With more than 20 years of performing and teaching experience, Ted Rutherford is a theatrical heavyweight. In the past, Ted has taught improvisation with the We Could Be Heroes School of Improvisation and has trained various corporate clients. For the last 7 years, Ted has performed with the Heroes of Comedy, Foolish Mortals, Vertigo Ramp and currently with Junk. Ted has a B.F.A. in Theatre from the University of Mississippi and a M.Ed. from the University of Montevallo. Tyler started doing improv after moving to Austin in 2013 as a student at Merlin Works. He’s gone on to many improv projects, currently including the longform narrative troupe Channel 2, ColdTowne’s student troupe “Dear Bagel,” and the silent improv troupe Golden. He also regularly performs in and directs Maestro at the Hideout Theatre. Sarah Marie Curry has been an actor for 16 years and an improvisation actor and teacher for 8 years. On stage she has been called “hilarious” “fierce” “truly exceptional” and is a B. Iden Payne Awards winner for Outstanding Lead Actress in a Musical for her role as “Jaime” in The Last Five Years this past season.She was a proud member of the B. Iden Payne Award Winning Troupe: Girls Girls Girls Improvised Musicals for 7.5 years and currently stars as one half of dramatic improv duo Cascade also nominated for a B. Iden Payne Award for Outstanding Improv Troupe.  Off stage, she is a passionate coach, director, teacher and producer of improvisational theater and is currently teaching advanced improv in three of the five dedicated improv schools in Austin: The Hideout Theatre, The Institution Theater and Merlin Works School of Improvisation. Jillian has been a musical performer since she can remember, as a member of an international children’s choir, vocal groups, and in adulthood, several singer-songwriter groups, as well as indie-rock bands. She discovered improv in 2011 and has since performed in various improv productions around Austin, including local festivals, and building a name for herself as a singing improviser. Jillian has a masters of Education and believes that improv is one of the greatest educational gifts a person can give his or herself. Susan was first introduced to long form improv at The Upright Citizen’s Brigade in New York City over ten years ago.  She went on to train and perform at the UCB, The Magnet Theater and the P.I.T. as well as various other theaters. She quickly fell in love with musical improv and was happy to use her 4 years of high school choir for something other than singing in the shower. Susan went on to co-create and performed in NY’s first musical Harold team VEAL as well as perform on multiple musical house teams. After moving to Austin she was thrilled to be embraced into the AIC with open arms. Susan thanks Shana Merlin for giving her a chance at teaching, something she loves “almost” as much as performing. Marissa Wahkuna Campbell got her start as an actress, improviser, dancer, singer, and songwriter as a child.  With a BFA in Theatre Education and an M.Ed, she spent 12 years as an all-age public school drama, improv, and music teacher.  Marissa trained at Improv Asylum in Boston, and performed long form music improv with Boston’s Unscripted Musical Project for 2 years. This past year in Austin, Marissa was a TA at Merlin Works while teaching Music Improv with Austin Improv Connection.  She performs rap improv with MC Harold and talkie improv with Public Access.  During the day, Marissa is a CLI Instructional Coach for AISD, helping the teachers at Campbell Media and Performing Arts Institute bring the Arts into the core curriculum. After performing in her high school’s improv troupe, Sarah rediscovered improv in Austin in 2015. A classically trained vocalist, Sarah brings more than fifteen years of musical experience to the classroom. She can be seen performing with Girls Girls Girls – Improvised Musicals, and has performed regularly at the Institution Theater and the Hideout Theatre. David started performing improv in 2007, the same time he started playing guitar. In 2014 he started combining the two in musical improv and hasn’t stopped since. David can be found performing musical improv throughout Austin with his musical duo “The Milk Spillers” and can also be seen accompanying improvised musicals on the guitar. When not performing, you can find him chasing frisbees at Zilker Park. Musician and composer, Ryan Fechter was raised in a musical family where some type of sound making device was never far out of reach. He studied Jazz Performance on Bass and Piano at the University of Colorado at Denver. Since then he’s toured professionally with original rock bands, and has performed live and in studio across many genres. His work in musical theater began at Denver’s Voodoo Playhouse, where he was music director for their weekly variety show, and accompanist with ‘Hit and Run’ musicals. Ryan currently lives in Austin, TX, where he works in improvised and scripted musical theater – show runs include ‘Sondheim for One’, ‘Girls Girls Girls!’ and The Hideout Theater’s ‘Big Bash’ – and as a teacher and private instructor. 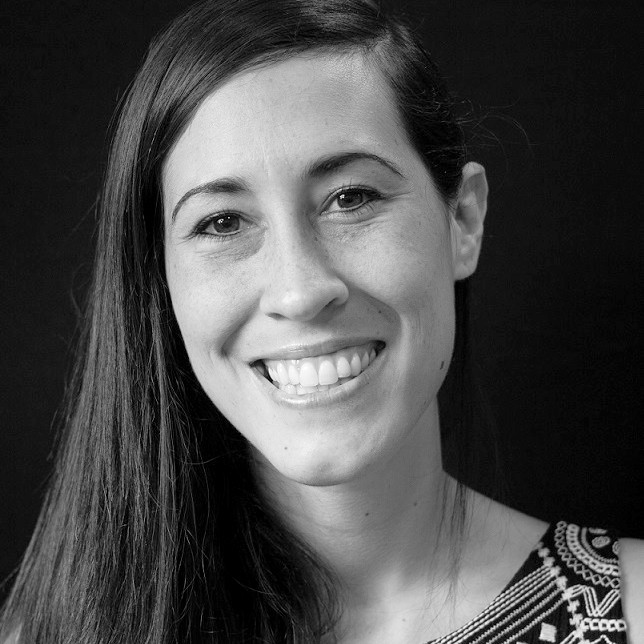 Monica Martinez Maher has been a performer in Austin since 2014. After taking a free improv class as part of a bachelorette party, she started Improv 101 and fell in love with the art form. She has since been a part of many improvised theatre productions around Austin as an actor and director as well as in local and national improv festivals. She can be seen performing regularly with her troupes: Soy Taco, Gal Pals, and The Association. Ammon Taylor is a pianist, composer, and musical director with a Bachelor of Music in Composition from UT Austin. He is currently the assistant choir director and musical theatre teacher at McCallum Fine Arts Academy. He has been the musical for various educational programs, camps, and productions at ZACH Theatre and the Paramount Theatre. Ammon is actively involved in Austin’s improvised theatre community, and has taught musical improv with Merlin Works since 2011. He has provided music for scripted and improvised theatre in countless productions all over Austin and loves collaborating with talented people. Aden has been on stage since she was 8 years old and teaching improv since she was a teenager.  Her comedy credits include Esther’s Follies, Girls Girls Girls Improvised Musicals Spitting Nonsense, The Starter Kit, Start Trekkin’, Apocalypse!, The Andersons, Battle Axe and cable-access sensation: The Late Night Lunch Show.  Aden teaches singing and regular old improv at Merlin Works. Cynthia is a leadership coach and corporate trainer. Using a mix of frank talk and good humor, Cynthia is known for delivering the hardest of news in the nicest of ways. She’s trained organizations such as Dell, Dun & Bradstreet, KPMG, The Methodist Hospital, Digital Realty, Cintra US, Enspire Learning, Abilitie, Planar Systems (now Leyard), Lutheran Social Services (now Upbring), and has helped folks in the business and medical communities achieve a winning balance of power and likeability.

Cynthia has used research in persuasion and compliance-gaining to help over 800 (and counting!) executives become top-notch leaders. In addition, she combines her work in theater and business to help people polish both their interpersonal and public speaking skills. Cynthia holds a Master’s degree in Interpersonal Communication from U.T. where she researched sales anxiety and persuasion. She has also taught communication at St. Edward’s and LeTourneau Universities. On weekends, she performs with award-winning Girls Girls Girls Improvised Broadway Musicals in Austin, Texas. That’s improv, y’all.