My son insists he can’t pull up his pants. “I can’t!” he shouts, Batman undies draped around his ankles. “Yes you can.” I say, annoyed. “You’ve done it a hundred times.”“I can’t! I can’t! I can’t do it!” he insists.“Where did this come from?” I think. Sebastian is three and this whole “I can’t” thing just started. Most days he insists he has several superpowers including but not limited to: super speed, flight, shooting webs, and heat vision. But today he doesn’t think he can pull up his pants. 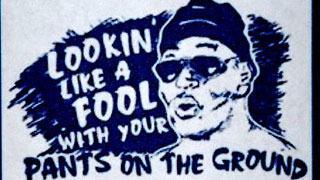 And I’m thinking, this is where I can try to re-program these inner thoughts. Where I can try to put a different voice in his head. A voice that might be with him for the rest of his life. Also, I just want him to pull up his freaking pants so we can get on with the day. So I start trying the different strategies to nudge a toddler past a minor obstacle: “You just have to try. Can you pull up this side and I’ll help with that side?”“Is this how you do it?” I ask while I pull the pants down and to the side and every way but up.“There you go!” cheering on any slight sign of what might generously be called progress.“If you think you can’t then you can’t. If you think you can then you just might be able to.” This one is over his head, but it’s a riff on something I vaguely remember a thousand elementary school teachers, camp counselors, and babysitters telling me. All about the problematic nature of thinking you can’t do something. Which makes me think of this great button I saw people wearing at the Applied Improv Conference: “Don’t believe everything you think.” I hadn’t heard that phrase before and it caught me off guard. At first it sounded like some doublespeak. But when I mulled it over–I got it! It’s about all the little lies and outdated stories we tell ourselves. The part of us that thinks “I can’t pull up my pants.” or “I’m not an artist.” We need to be skeptical about our own mind. It is constantly deceiving us. One of my students recently mentioned trying to let go of stories he tells himself that are no longer true. We are constantly changing and evolving as people but are often still stuck with outdated stories. In some ways these stories keep us grounded and in contact with who we were, but in other ways they can hold us back.

Like how I used to tell myself a story about how I was bad with money. And my family reinforced these stories of me as a big spender. I think it started when I asked only for Gap Gift Certificates for my Bat Mitzvah and ended up with $400 in money to spend at my favorite store in 1991 (that’s over $700 in 2015 dollars). When I moved away to Austin to attend UT in 1996, I lived in Co-ops and became quite a thrifty person.  I know because I lived on $7 an hour when I graduated in 2000. But it was years until I let go of the story I told myself about my spending. And even more years until my family caught up. 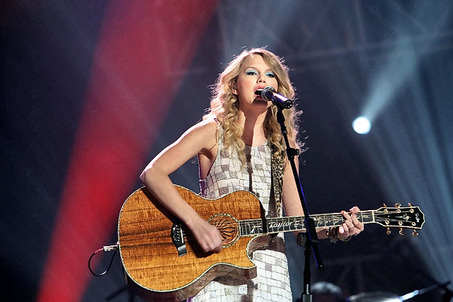 In improv, when you make assumptions about what you are capable of, you put big limits on what you might achieve onstage. For example, I’ve known performers who told themselves “I’m not a singer” and consequently had weak singing voices on stage. But when they are doing an impersonation of a great singer, whether it is Louis Armstrong or Taylor Swift, their voice comes out beautifully. The same thing can work by simply impersonating your favorite improviser and doing the choices you think they would do in the scene.

That’s one of the great things that acting can do for you. Allow you to put on a mask and tell yourself a different story of who you are. I see it again and again as people who tell me the aren’t performers, aren’t quick thinkers, and not funny have a graduation show and destroy onstage with killer lines and choices.

What are you thinking that you shouldn’t believe? What old stories are you ready to let go of?  Shana Merlin Founder, Merlin Works