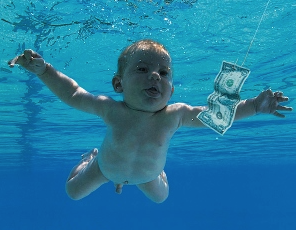 One of the things I like about improv class is the connection that develops among students. To learn improv, there’s an inherent need to be emotionally vulnerable, at least to some extent. And for some of us “adults” that can be difficult, especially if your childhood included occasional humiliation by some bully, mocker, or other cruel prankster. But in improv class there’s an expectation to react to the vulnerability of your classmates with sensitivity and acceptance. This is no small achievement. Having your vulnerabilities accepted as grist for mill can be validating and maybe even healing. And when that kind of acceptance is exchanged freely among students, a special kind of bond happens.

For some reason all this reminds me of the Nirvana song, “Smells Like Teen Spirit.” According to rock lore, a friend of Kurt Cobain wrote the following on his wall: “Kurt Smells Like Teen Spirit.” Cobain interpreted that phrase as a revolutionary statement that reflected the popularity of anarchism among teens during the early 1990s. That song turned out to be Nirvana’s most popular and was even touted as the anthem of Cobain’s generation. Turns out the friend was actually referring to a deodorant called “Teen Spirit” when she wrote those legendary words on his wall. (More grist for the mill I suppose.)

Call me crazy but I see a connection between “Smells Like Teen Sprit” and improv. Cobain is known for his dark side and that’s reflected in his lyrics:

To me this sounds like the words of a man who knew humiliation and was artistic enough to transform his emotional pain into a creative expression. I think improv has the potential to do the same thing. And part of what makes that happen is the encouragement and acceptance that emerges among improv students. You might even call it team spirit.

back to main Register for Winter Merlin Works Improv Classes! Get a $25 discount!You’re invited to the Second Sunday holiday part-ay!