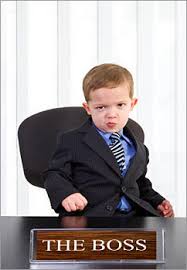 It can feel like that a lot these days. Most of my life, I’ve believed (or hoped) that there were grown-ups somewhere in charge of things. Maybe in a laboratory taking measurements. Maybe in a courtroom making decisions. Maybe in some secret part of The Pentagon or The White House or The CDC — the part where the really smart, seasoned, experienced, level-headed career people sit around and look at the evidence and make serious decisions.

This is why I didn’t personally have to figure out what the UN should do about climate change. Or how the stock markets should be regulated. Or about SARS or MERS or Ebola. Or about plastics in the water or labor practices on farms. Or the quality of my seatbelt. (Not that I don’t care about that stuff. I do and I can vote about it and make consumer choices about it, and try to mitigate my own risk or exposure. But I don’t have to personally solve it or figure it out.). There are specialists. Adults. Authorities to take care of that stuff. And I take care of the stuff I can — my kids, my business, my friends and my community.

But now, it feels like we are all orphans. Even Former President Obama in his commencement speech this weekend said, “More than anything, this pandemic has fully, finally torn back the curtain on the idea that so many of the folks in charge know what they’re doing. A lot of them aren’t even pretending to be in charge.”

So what do we do when we pay too much attention to the man behind the curtain? I can’t help but think about the metaphor of improv. In most scripted theater, there are lots of people in charge — directors, writers, stage managers. In improv, there is often no one in charge. Just a small group of people who have made some agreements. Let’s be here for an hour. Let’s make something up together. Let’s have some fun and listen. The group has probably learned on their own and practiced together. They’ve built trust and relationships that are used to create their show. We don’t need a leader when we all are aware of each other and responding collaboratively. It’s a joyful time when no one is in charge.

Or it can be. But the more afraid you are, the more you want there to be leaders. The more unsure you are, the more you want someone to take charge. That’s why our Merlin Works student shows are directed. Not necessarily because the show will be terrible without direction, but because they are more likely to do a successful show on their own — play big and take risks — if they know there is someone in charge.

For this business owner, trainer, mom, home school teacher, and head of the household it can be hard to find those times when I can not be in charge. But I’m trying to work with my small group of people who I trust to be present, curious, open, and explore how to live a good life in this new world where it seems like no one is in charge.

back to main What’s The Difference Between A Problem And A Dilemma? The Merlin Works Spring 2020 NewsletterOur Summer 2020 Diversity Scholarship recipient: Pamela Paek