Join The Audience on Zoom

Join us for a weekend of storytelling and improv comedy as we celebrate our Storytelling 201 class with a showcase where Instructor and Moth Story Slam Champion Paul Normandin has guided his students through shaping these stories over an 8-week workshop series. Watch, laugh, listen, feel along with these storytellers as they share moments from their own lives. This performance is intended for audiences age 16 and up. 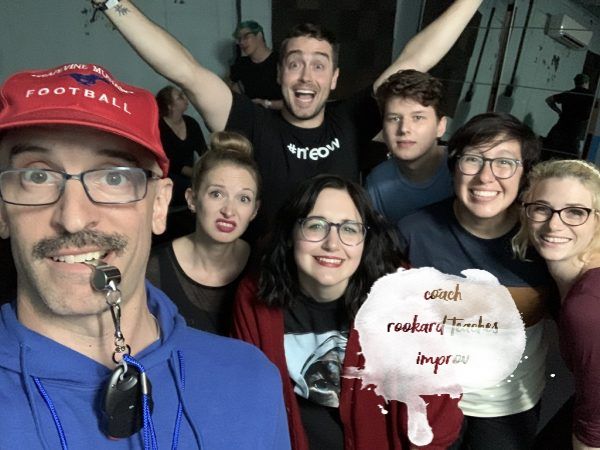 It’s official, Kevin Miller is moving to Amsterdam to be with his love. So, stay after the free intro to improv or join us at showtime in the Zoom Room (This is new!) so we can hear your laughter or watch any time via Facebook Live and watch his U.S. swan song with “Coach Rookard Teaches Improv”.

Improv all-stars of Austin, The Known Wizards, headline this improv comedy showcase with spontaneous scenes, hilarious games, surprisingly good songs, and fantastic stories all made up on the spot based on audience input.

But wait, there’s more! A surprise guest improviser is joining the show! Who will it be? Come and see!

back to main Let Someone Else Make The Holiday Magic: Book Merlin Works For Your Virtual Holiday Party or Team Building Today!Free Pre-Show Intro to Improv