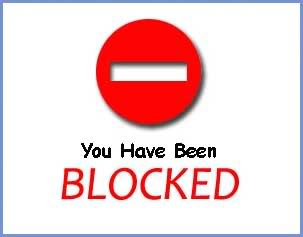 We always talk about the many good things one does in improv but often overlook the not so good things, the naughty things.  There are several “rules” that one should adhere to when doing improv.  And there are “not rules.” Things you shouldn’t do.

Agreed Upon Activities/ Commmenting: Talking about the activity at hand and not the relationship of the characters.

Blocking: Denials. Something that stops the narrative from going forward. A Strong Block: Destroying the reality the other player is trying to create. Soft Block: Being negative about others’ offers.

Bridging: Setting up something in the future and slowing down or not getting to it because you don’t know what’s on the other side of it.

Canceling: Saying or doing something and then taking it right back.

Chair Foul: Bad chair behavior. Sitting in a chair without placing it first.  Poor chair placement. Not resetting the chair after the scene is complete.

Curtain hugging: Playing the scene way upstage. When you’re touching a curtain, your scene is in trouble.

Driving: Pushing through your own ideas. (Especially because you don’t want to share control of the scene) Three lines or more, you’re probably driving.

Gagging: Making a joke at the expense of the story, scene or moment.

Gossiping: Talking about anything or anyone but the here and now.

Hedging: Compromising or negotiating on important objectives. Stories should have winners and losers.

Joining: You essentially become the same character as another improviser. Accents and emotions are particularly contagious.

Looping: Doing the same thing again instead of moving forward to the next thing.

Lowering the stakes: Making things less important to the character. For Example, “You stole my wife?! I didn’t really like her anyway.”

Overloading/Offer loading: Overloading is throwing too many unnecessary elements into a scene; this will usually lead to Sidetracking or Improv Soup.

Offer Surfing: Passing up the first offers because you are waiting for a “good” one. The first offer is the best offer.

Outside the circle of Expectations/Cleverness: Making offers that are completely unexpected and unrelated to what has been established. We maybe need just one of these in a scene. In improv we value obviousness over cleverness.

Problem Solving: Trying to solve the comedy instead of heighten it. For example, “I’ve got all these cream pies on one tray. I might spill!” “I know! Let’s put the tray down and carry them one at a time!”

Questions: Questions are generally frowned upon in improv, though they are not always a bad thing. Questions are often an improviser asking for permission for something to be true. Statements are clearer and more concise.  Never start a scene with “Hey, how’s it going?”

Sidetracking: Finding activities to do to avoid doing what you established in the beginning.

Sloppy Space work: Messy, rushed, or lazy spacework. If you don’t make us see it, it ain’t there.

Talking Heads: A scene that involves a lot of standing (or worse yet, sitting) around talking rather than engaging in physical action.

Waffling: Refusing to make decisions. Prolonged internal debate. In improv the answer is Yes or No, not Maybe.

So next time you do improv remember to NOT do these things and your improv scene will go swimmingly.

back to main Faster, Faster Improviser: November NewsletterNice Things to Do in Improv