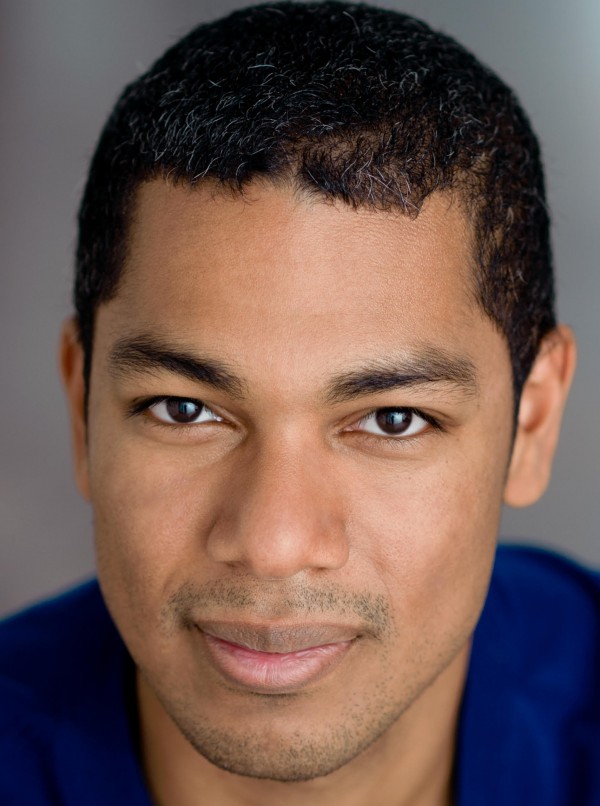 I had the pleasure of sitting down with Chris for an interview at Opal Divines. We had met once before at a free Intro to Improv class put on by Merlin Works, but I had no idea that it was the same Chris until I arrived at the restaurant. Fortunately, we picked up right where we left off and began discussing our mutual love for improv.

Currently, Chris works in a coffee warehouse and spends a lot of his spare time doing or teaching improv. He graduated from Lamar University in Beaumont with a degree in Communications/Film. He has plenty of experience being in front of a group from his years in Toastmasters going all the way back to 2006. He was looking for a way to express himself further, which is what prompted him into joining improv. He hopes to become a public speaker, improv teacher or corporate trainer in the future and is well on his way.

After completing introductory classes, Chris’s interest in improv grew exponentially. Not only does he participate in Merlin Works but he has also tried out several other improv theaters around town. He is still taking classes and works as a Teacher Assistant at the Hideout for their Improv levels 1-3.

Chris mentioned that he took advantage of the diversity of improv in Austin by going to shows at different theaters. There are so many cheap and low cost shows going on all the time. However, he emphasized only taking classes from one theater at a time because the teaching styles are so different. He did note that Merlin Works was the only program to provide its students with a booklet about improv that includes games and instructions. Merlin Works is also the only program that uses marker boards while in the classroom. Improv shows are also free at Merlin Works for current students.

Chris also wanted newcomers to take it easy on themselves. A major part of improv is failing, and no one is immune. Second guessing is natural and it takes a while to change the narrative in your head, but it’s important to keep working on it. He also stressed the importance of performing and getting out there on stage. Facing your fears is a large aspect of this art form, and the more you do it, the easier it gets.

The last thing he wanted newcomers to realize is that there are plenty of ways to volunteer your time in exchange for discounted rates. Also, scholarships are sometimes available to those who qualify. Chris was eligible for the Diversity Scholarship because of his African American and Hispanic descent, but there are plenty of opportunities for students to receive discounts. Students are encouraged to inquire about internships and scholarships, and it’s a great way to get more involved in the improv community.

Interested in a Merlin Works diversity scholarship? Find out how to apply by clicking here.

Suzy is currently in Improv 201 and looking foward to continuing classes with Merlin Works. She graduated from the UT in 2010 with a degree in Business Management but has found her niche as a high school substitute teacher. She lives with her best friends and her dog in South Austin, and enjoys all forms of comedy in her daily life.

Awww shit. We're finally gonna talk about all the rated R stuff that can happen in improv. In the first...