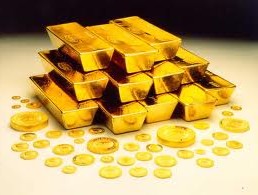 I envy those who take their time in an improv scene. As a matter of fact that’s what I’m working on most right now. Letting it grow. Typically, and I don’t think I’m alone here, you rush to find the character, rush to find the conflict, rush, rush, rush rush. But I find those who’re most competent at improvising feel it out before making huge assumptions. So how do you build your patience? How do you allow silence? How do you allow the scene to breathe?

As I’ve already stated, I’m working on this so I may not be the best person to give advice. But here goes. Rushing to find your character is one thing. You can make a bold decision as to who you are but the beauty is when you allow it to seep out, like a balloon with the tiniest of holes. Choosing who you are at the top of the scene is essential but you don’t have to let the audience or even your fellow improvisers in on all the gory details. It’s like in life. You don’t introduce yourself to someone and start with, “I was born at 11:50 pm on August 22nd, 1979. It was a hot summer night and…” (Incidentally, I was.) The greatest characters are discovered along the way. Much of it can actually be discovered by you on stage. You surprise yourself as much as you surprise others. As long as you have an initial strong choice the rest of the character will follow and if done so in a careful pace makes it that much more compelling.

Silence and breathing go hand and hand. It’s hard to make a noise while breathing in. Keeping this in mind, allow a bit of silence in between your responses. Don’t rush to always answer. The longer you pause the more we understand about this character. As my friend Clifton Highfield says, play at the pace of life. Think about your response before responding. Don’t answer every question. If you brush past a question or answer with an exasperated look we learn even more about who you are. There’s also a great game called 10 seconds of silence that really helps start you off on a slower pace. The way it works? You begin the scene with 10 seconds of silence. This allows you to get a foothold on your location often by space work. It also gives you a moment to really check in with your scene partner, but remember to hold onto your character and not just drop it for something that would work with their choices. Often the best choices are those that are counter intuitive to what your scene partner is doing.

This is what I’ve learned so far. It’s a struggle to attempt these techniques after having improvised for awhile but I feel that it’ll only make me a stronger, competent improviser.

back to main Improv for ProfessionalsMerlin Works Newsletter: I Keep Getting The Same Answer